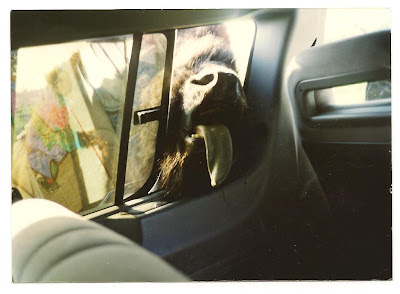 I was looking at some wonderful photos that are on mycrappyphotography.blogspot.com of buffaloes.  Josh is such a great photographer.  It reminded me of something that happened in Sequim, Washington, many years ago-probably 17. Here is what I told Josh about our experience: 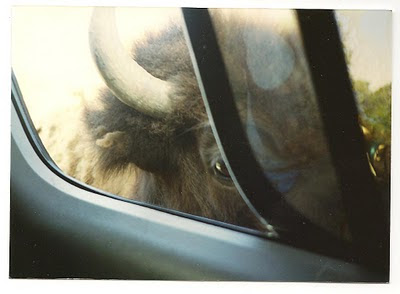 "We went to the Olympic Game Farm  in Sequim, Washington (right before you board the ferry to go to Victoria). It was great! Animals all out in the open wondering around. We bought a bunch of old hamburger buns and drove our van through the park with the doors open. Animals would get in the car to get the food. We saw a baby buffalo-so we called to it. Before we knew it an adult came up to the car and put it's head in the window and opened it's mouth for hamburger buns. We just started throwing them in and it was stacking them in it's throat. We were laughing so hard and it was slobbering all over the radio controls of the rental car (whoops). It was ridiculous that we did that because we realized later how dangerous it was. My husband watched on another occasion where some people tried to get one in a trailer and it smashed the whole thing. Then he told me how dumb we had been". 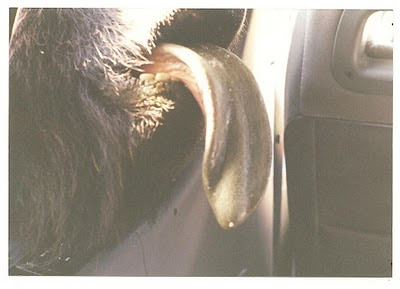 One thing about that place that really strikes me all these years later is that it really was not a safe place for just letting people drive through.  I mean-just look at the flimsy fence where the bears were.  But it was so fun.  The bears weren't just laying around.  You could see them fighting each other off in the distance.  It really was a wild animal type park. 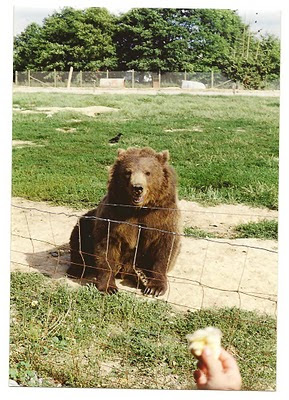 So I thought I would post some of the old photos.  You can tell how long ago it was.  Gracie and Charlie still had white hair!  Charlie is 26 now and Gracie is 23. 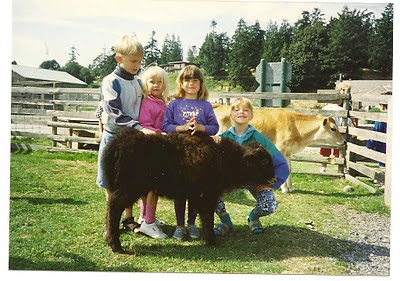 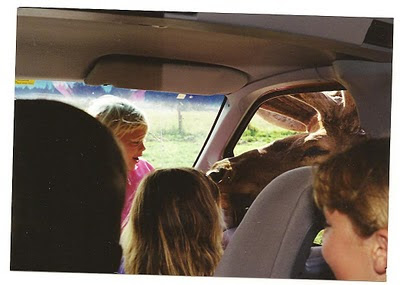 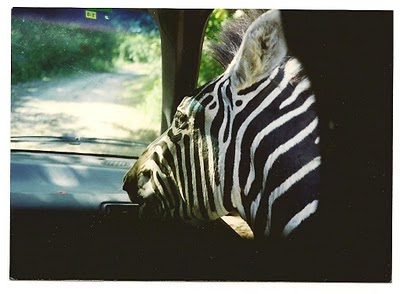 But the photos of the buffalo's tongue is so grotesque.  I just had to show everyone.  I'm not kidding-it was so hilarious but it wouldn't have been if any one had been hurt. 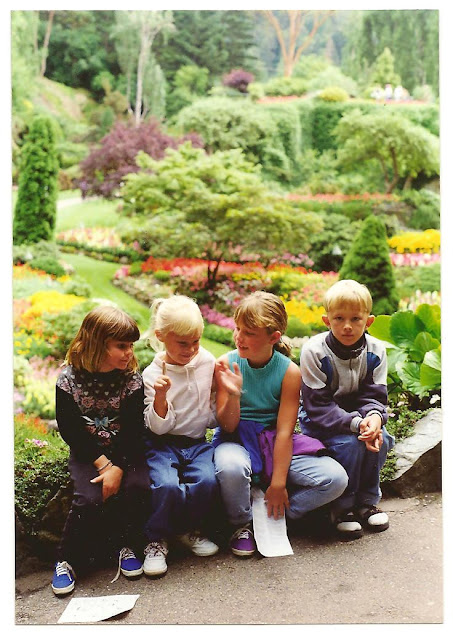