Preventing the encroachment of the mighty Weber River 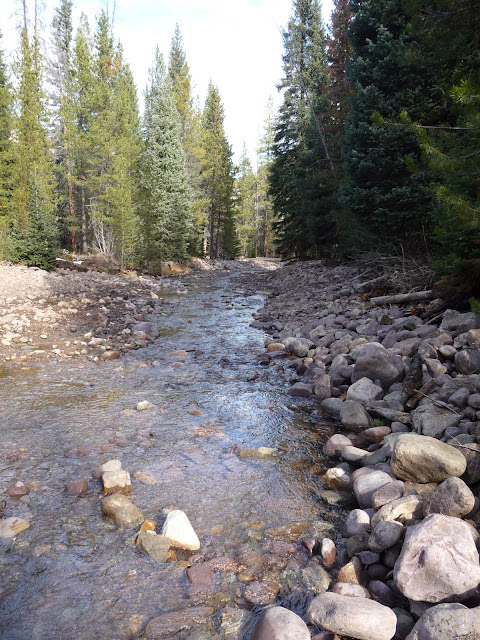 As I said over a month ago we discovered this year that there was a terrible problem developing with the river next to our cabin.  We had such a ferocious spring run off that the river restructured itself and tossed around, willy nilly, huge trunks of trees and boulders.  It even created an island that never used to be there.  The worst of it to us is that it has increasingly gotten closer to our cabin and shrunk the space that we claimed as our own between the 2 (even though that part is public but no one could do anything with it).  If it kept up at this pace we would have had the river right next to our cabin.  Moving things around would have been a joke by ourselves.  Our neighbors were having the same problem.  So we all went in together and hired a heavy duty backhoe driver to move everything back to where it was before and shore up the banks with rocks. 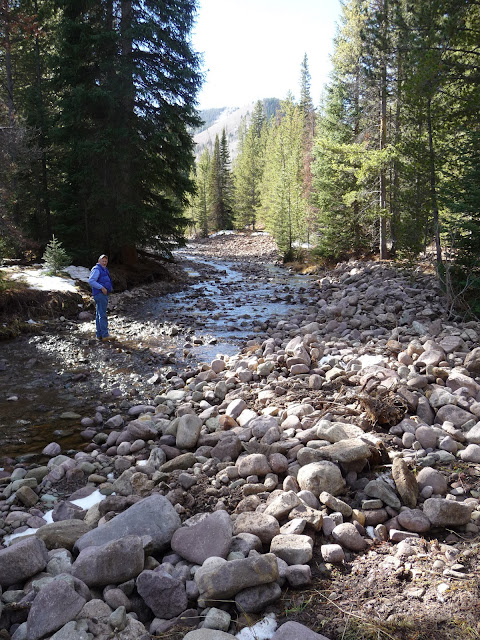 Saturday Chris and I drove up to see what had been done.  I'll tell you it was money well spent.  This guy did a fabulous job and I've taken pictures to prove it.  In the pics you can see the large pond that is down the path.  It's so cold up there that the pond has started to freeze over.  Chris tried to tease me and put his foot on the ice.  I wish I had had the camera on him when his leg punched through the ice into the freezing water.  Thank goodness he was on the shore.  I kept telling him I didn't want to have to go in and get him! 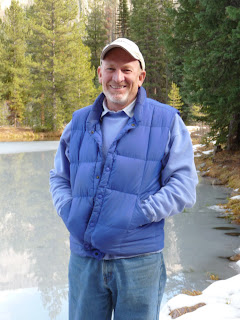 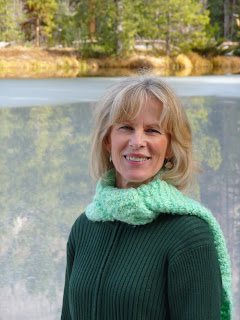 On the way home we drove by a farmer's field just outside of Peoa, Utah.  There are 3 buffalo that live there and they are so cute.  I just had to get out of the car and take their picture-especially after my story last week about our adventures with the buffalo in Washington.  Anyway, they were so dullsville and didn't care at all that I was close to them.  I was smart enough to stay on the other side of the fence but they didn't look at all that ferocious.  I know.  Buffaloes are very unpredictable and not to be trusted.  Did anyone see the youtube video about the man that has a buffalo as a pet?  It comes into the house and lays on a rug and watches t.v.  It's even housebroken!  Look it up for yourself. 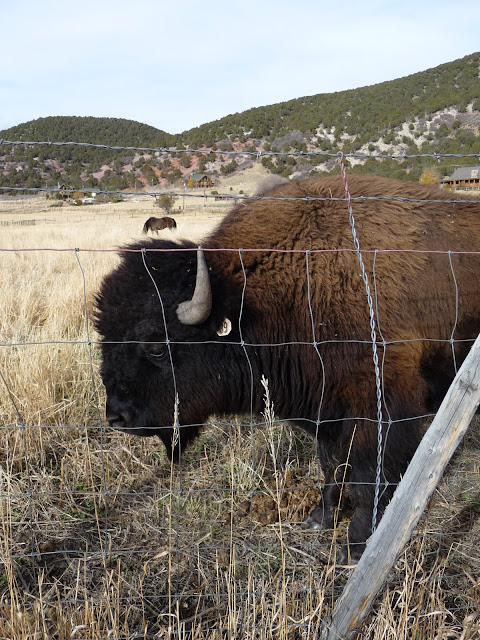 One more thing.  I just have to add a picture of the gorgeous Thousand Peaks Ranch that we drive through on the way to and from our cabin.  A branch of the Weber River flows through there and it's probably about the best fly fishing any where around but it's totally out of bounds for anyone except whoever has a permit.  So, you drive by and your hands itch to just get a hold of a pole and experience fishing at it's best but it's not to be.  I just love the rust colored willows.  It's a paradise and we're so lucky to be able to go through there often during the year. 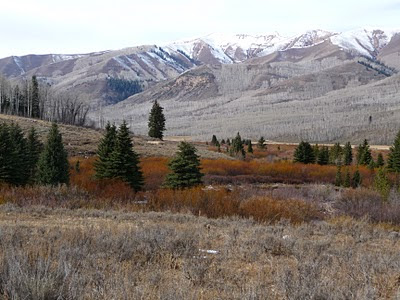