My painting method presented in all it's strange glory 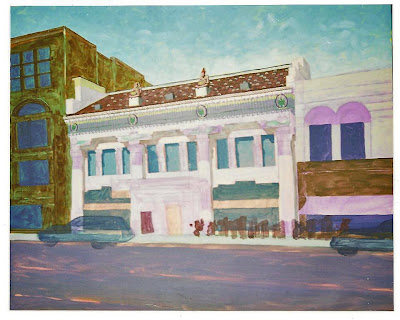 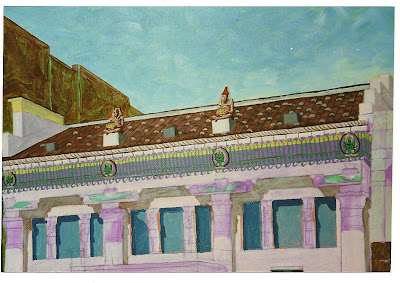 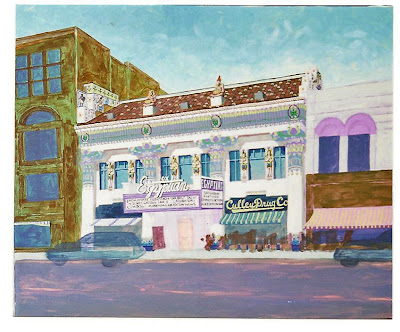 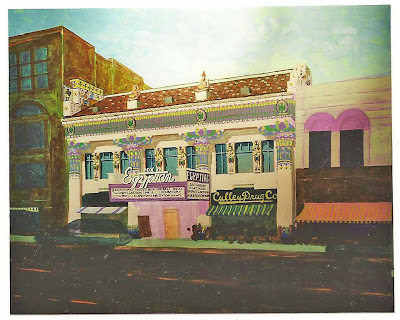 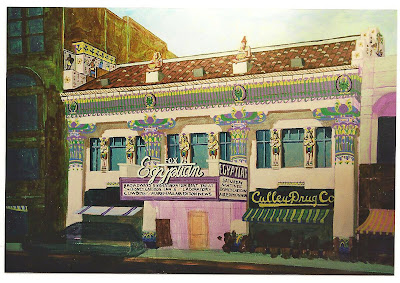 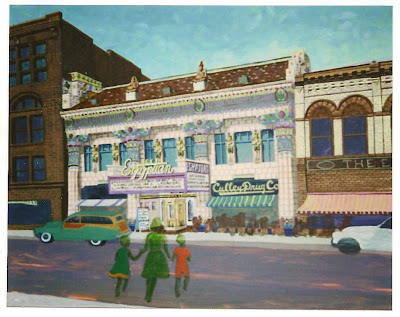 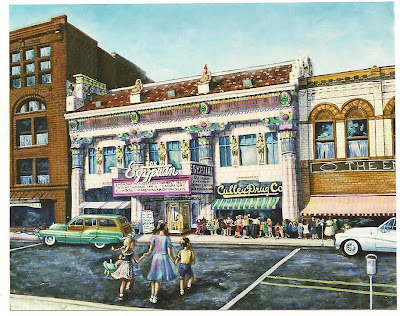 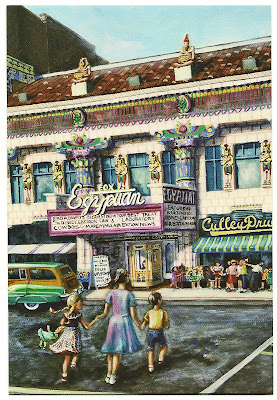 Well, I thought some of you might enjoy hearing about this commission I did quite a while ago for Rob King, the owner of Rainbow Gardens in Ogden, Utah. Rainbow Gardens is probably the biggest gift shop I've ever seen and started by Rob's family many years ago. Rob King asked me to do a painting commemorating the old Egyptian Theater in downtown Ogden built by his grandfather back when the grand movie theaters were so prevalent in the country. Back in the 1950's when Rob was a boy he had gone to the Saturday matinee every week. He loved the old place. Shortly before he commissioned this painting the old theater had been thoroughly restored back to all its glory. They had pulled out wall paneling and found all the original colors, etc. It was a labor of love. Unique to this theater was that the ceiling was pierced to allow light to shine through when the house lights were out to make it appear like the setting of the movie screen was out doors just like a drive in movie. The starry light would twinkle in the dark navy blue heavens.

I was honored to do this painting. It truly would be a labor of love. As usual I got to work right away researching the building. I interviewed as many people that I could to find out any insights that would give a good feel of what I needed to convey to the viewers. I always try to see if there are any ghosts-friendly or bad. Nothing came to mind about that.

I was set to dig in. First off I took many photos at the time of day that I feel sets off a building the best-when the shadows are the most interesting. Then I did a quick color sketch to show to Rob-just to make sure he liked the composition, etc. (I often sell those color sketches as they have a freshness that's quite delightful) My paintings always start with a brilliant under painting-usually the complimentary color of the final color but not always. It's especially noticeable in the view with the children that are crossing the street. I put layer upon layer with acrylics and then switch to oils to get the glazed colors and lighting that sets the mood I want to achieve. Each little brick is meticulously laid in. It's enough to permanently cross your eyes. Fortunately for me my husband is an electrician and he often strikes a deal with the wreckers to get unusual finds-such as my hospital operating room light that I often paint by. It's the best light there is for painting dark areas.

Often I have the most uncanny experiences that are quite eerie. When I finished this painting Rob couldn't believe that I had put an old green woodie station wagon in the front of the theater. I just threw it in there because I thought it added interest and dated the scene to the 1950's (along with the marquee). Rob said that his grandfather that had built the theater used to drop him off in the same kind of car and it was GREEN! How could I ever have known that? Strange right?

Well, I hope you'll enjoy seeing my method. It's not for the faint of heart. You have to be a "painting tough" to accomplish this technique.
Posted by Julie at 7:47 PM