"the rape of europa"-i'm in shock! 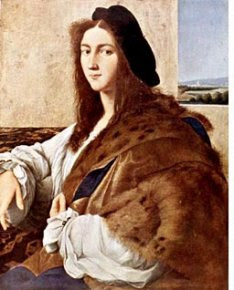 Every once in a while I see a video that leaves me in shock and thinking for days on end.  Chris and I just watched this and it was fascinating but truly tragic.  It's about the stolen art during WWII by the Nazis.  If only it could be all found.  I've posted probably the most famous of those not recovered, "Portrait of a Young Man" by Raphael (valued at $100 million!  I think that's what they said).  There are so many that are lost still in this point in time.  What has happened to them all?  In the video they talked about when the generation that stole them passes away then their children won't know what the history was and they'll try to sell them.  Then they might come to light.  I looked around at my paintings and thought how awful it would be to lose them.  They're so much a part of me.  I'm always afraid of theft and fire.  Fortunately I keep transparencies and slides in our safety deposit box to prove what I have.  But losing the originals would be so painful.

Anyway.  If you want to be totally mesmerized I suggest you rent this video.  You will not be bored.  I guarantee it.  I said to Chris that his dad would have had a lot to say about this if he were alive and watching  as he was in the Italian campaign.  He must have seen a lot of this going on-the destruction of the art treasures.

Not too long ago a piece was discovered in our museum at the University of Utah that belonged to one of the Jewish families.  I remember it well.  The museum was wonderful about giving it back.  It is featured toward the end of this show.

Well, just when you think the world doesn't have any surprises-then you hear about something marvelous like one of these art objects coming to light.  I wonder how soon this will happen again.  One can only hope.