The weird guy in the faux painted wall 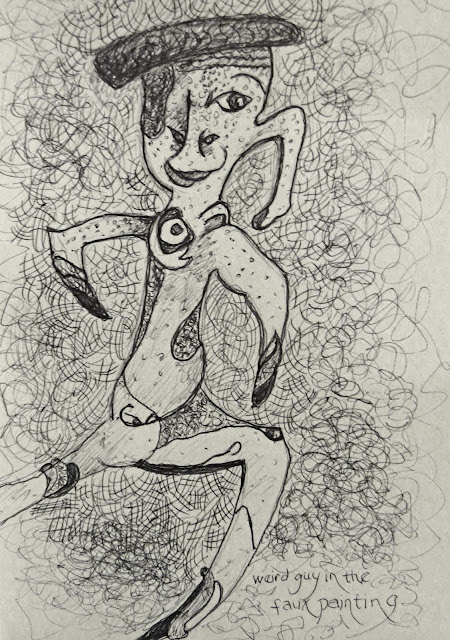 11 years ago my sister faux painted my bathroom and right in front of the "you know what" I have seen this little toreador guy.  He just about speaks to me-he's so real.  I don't mean realistic real but it's like it's a creature that is begging to be released from the wall.  I have said over and over to myself, "I've got to draw that little guy sometime".  Well, I finally did. This is what he looks like.  He's a strange little fellow that evolves right in front of your eyes.  You can see more than one set of eyes and things appear where they aren't supposed to be.  I can now see how Picasso could have been inspired.  I have to admit to the world that this art history major and artist has never liked his work.  I don't care if you pick the later works or the earlier.  I just don't care for it.  Now that I can understand how he could have been inspired to do Cubism I have a little more appreciation for it BUT I still wouldn't put his art at the top of the list of what our world should be known for.  Just not my fav. 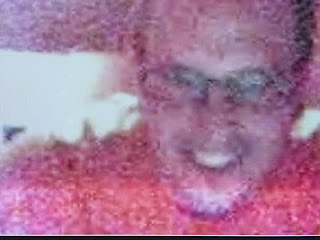 Now here's another inspiration for you.  Last night I tried to talk to my son, Kip, on Skype.  His webcam is really doing awful things, picture clarity wise, but cool in the impressionistic painting department.  So, I took a picture of how bad it was to send to him.  I could make a very fun painting out of this.  Don't you think?  It's kind of like Kip looking through a rainy window.  It's got such a pointillist/Seurat kind of feel to it.
Posted by Julie at 9:20 PM