whew! not much time to blog this week. we lost our Grandpa J. 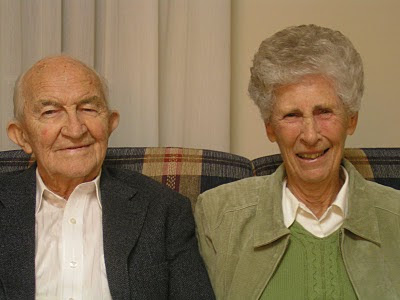 I've started a new job and the training is so time consuming and exhausting that I haven't done a bit of blogging at all this week!  I love blogging and feel bad about it.  The training is going to be for 3 more weeks.  So, I know my posts will be short and not too interesting but I'll try to put a few things together.  Hopefully I'll have time for a little bit of art. 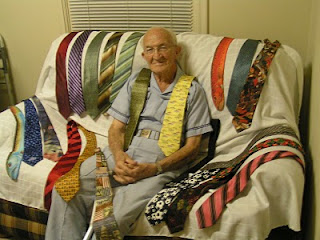 Grandpa and his tie collection that he kept in an old trunk
Tonight I'm going to watch an old movie with my family called "Good Neighbor Sam" with Jack Lemon.  I just love him.  He was such a great actor and certainly deserved more than one Academy Award.  Anyway, we all need to relax around here as it's been a bad week in more ways than one.  My father-in-law, Tom, passed away on Tuesday in the middle of the night.  He was 92 and so miserable.  It really was a good thing and we're glad that he's now with Marge, my mother-in-law and Judy, their daughter.  We will miss him and hate to think of all the changes.  No more Grandma and Grandpa's house to go to any more.  WE are the grandparents now and that's just plain old strange.  Our kids move up a step also.  We all advance forward to a new stage.  Life's like that. 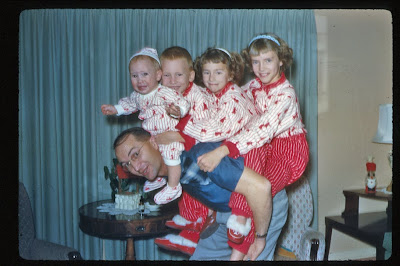 Tom was a child during the depression.  His dad came from Denmark and had a large family to support.  As I remember Tom's dad was a brick mason and worked on the Manti LDS Temple.  Tom grew up in Salt Lake City on the other side of the railroad tracks.  They were dirt poor.  When he was 8 years old he took the trolley into downtown SLC to sell newspaper until it was dark at night.  He was so afraid he would get lost during the day that he didn't go outside of about a 2 block area.  At night, in the dark, he rode the street car home all by himself.  He served in the CCC's and in the army in WWII.  As a child he had a struggle growing up with a step mother that was very cruel.  Some people would treat their family the same.  Not Tom.  You couldn't find a better father and tender hearted husband.  He loved Marge until the day he died and it was vice versa.  She loved Tom.  They would do anything for any one and could be seen delivering veggies from their large garden to all the neighbors.  When our children were too little and we couldn't get to our own garden to till it we woke up one morning to the sound of the tiller.  Tom was out in our backyard tilling the garden for us. 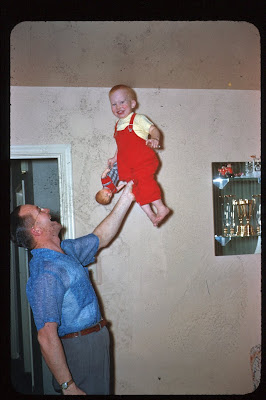 Tom and his little boy, Chris-my husband!
I could always rely on him to help me out if my car broke down during the day.  He loved everyone in the family and our children adored him.  He was a great man and will be terribly missed by all of us.
Posted by Julie at 6:58 PM