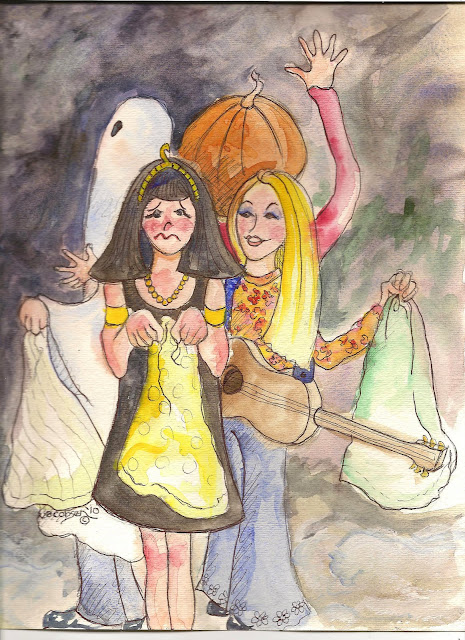 I know.  I know.  This doesn't look like an ancient civilization with all these teenagers at Halloween but I really stretched the theme.  We can do that on Monday Art Day and that's part of the reason I think it's too much fun!  Okay, so here's the deal.  Who do you think was the only dummy to dress as an Egyptian princess, Hatsepshut, in October for Halloween in Salt Lake City, Utah?  Yeah.  Me.  Okay, I found that out.  I almost froze to death and stayed out the whole night.  It was so long ago that I don't even remember if I got sick.  Dare I say it?  Okay, I will-1965!  Gag, gag, choke, choke.  Don't get out your abacus (oh, horrors!  I admitted that I know what an abacus is!  I should have said calculator...fiddlesticks) and figure out my age.  It doesn't matter.  I'm still a fun person even though I'm....now stop it!  I'm saying that to myself-not you.  I have to go to bed before I start telling all my secrets (well, they aren't that interesting-so don't feel bad that I didn't tell and there aren't that many either).
So, I did this in stages so you could see the process: 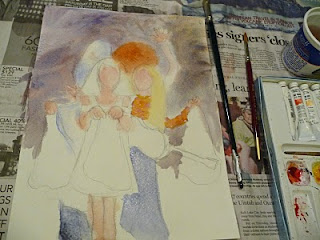 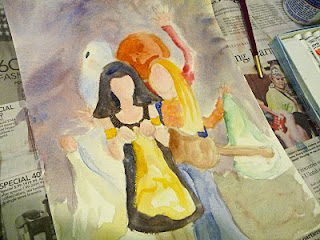 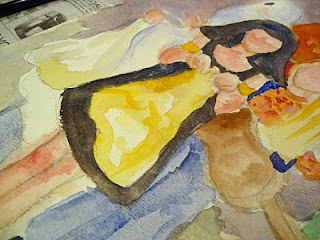 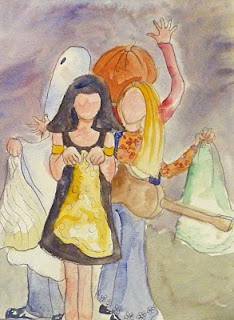