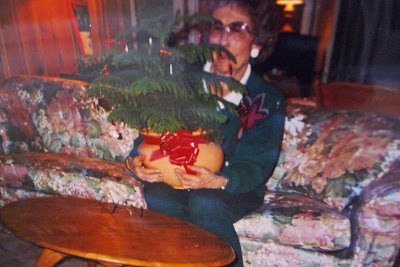 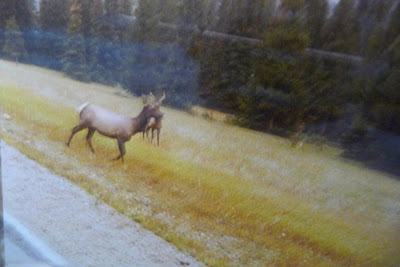 So, yesterday my sister, Carrie, and I worked on fixing her blog to bring it up to professional standards (we're just learning and trying so hard). Her blog, in case you're interested, is foryourrromsonly2.blogspot.com (they do faux painting, murals and general painting). Anyway, the object was to get a nice picture of her and her husband on there. We found an older one that was just perfect except for the fact that it looked like a balloon was growing out of her head when we cut off a lot of unnecessary junk on the side of the image. We decided that it would be better to leave the balloon there and Photoshop out the other distracting stuff because they balloons are fun in it. The point of this whole long drawn out story is: tangents. A tangent is something that is comical or just awful/icky feeling in a composition. You know. Haven't you all seen a picture where it looks like someone has a hat on their head but it's really the light fixture up above? Or it could be just that someone's hand is right next to the edge of the picture and it creates tension. It would have been better if the hand would have either gone off the edge of the image or pulled back away from the edge. Sometimes these tangents can be so subtle that you really have to hunt for them. But they can ruin a lovely painting because they make the viewer uncomfortable. They probably wouldn't pick that as the culprit of their uneasiness but something is definitely not quite right about it. If you have a composition that's just not working look to see if you have a tangent somewhere.

I've included a few of our family treasures in this post. We have an ongoing joke at our house. It's the "Bad Picture Album". My mom and I started it years ago. It's a collection of the worst photos that we or others (we take contributions but we are very strict about them being truly bad) have taken. There are some lulus in there. The 2 featured today are definitely tangents. The first is of my mother (she has a lot of the pictures in the album) taken by my stepfather. At first glance it looks like she has a Hitler mustache but we realize that it's really the plant. The other picture taken at Yellowstone looks like the deer is carrying her baby in her mouth. These are not purposely taken. They just happened to work out that way. I bet you have some of them yourselves. Okay, so they're the comical kind, right? I can think of one picture of mine that has a tangent but it's not a crucial problem. Look on the left of "Grace-Afternoon Nap". See her hand? Her knuckle is right on the edge. I decided that it wasn't that big of a deal and didn't warrant me redoing anything (which would have been a nightmare) and it's been a very popular painting. The tangent really only happens when it's in a frame-like at my house-so you won't see it....nanny nanny na na.

Now I really really have to get to my studying. I have a midterm next Monday and I want to study during the day because I love watching the Olympics at night and don't want to miss. By the way....Zacke Lund in the Skeleton is one of my best friend's nephew. Root for him, okay? He was the one that was kicked out of the 2002 Olympics when he was at the top of his game because of using Rogaine. That was awful and very unjust. He is a gem.

Oh, by the way. That really is an awful picture of my mother besides the tangent. She really is a pretty older women. Sorry, Mom but she's 93 and won't really know. Actually I think she would think it's funny.
Posted by Julie at 9:56 AM