Colored pencils add a soft mood on top of acrylics 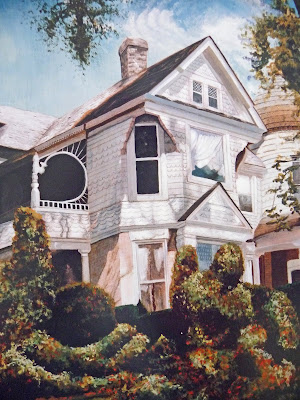 Do you remember a while back when I talked about Liquitex paints and how I like them a lot because they have more of a matte finish in which oils will adhere to?  I was looking at some pics of my old paintings and remembered that I had layered colored pencils on the acrylics in this painting.  The house was owned by the Coffin family-I kid you not!  It's in the Avenues area of Salt Lake City, Utah.  I was just walking around one day taking pictures of houses that I thought would make a great painting when I came across these cool topiary bushes.  They happened to be next door to this house, actually, but I was able to angle it to look like it was part of their yard. 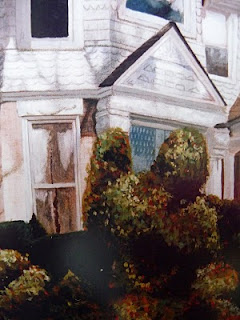 By the way, this is an excellent example of my layering technique as seen mostly in these bushes-see the red under the green? 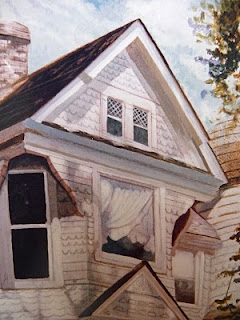 Strictly on the house I used the soft colors of pencils.  It worked really well and actually saved me some time.  I entitled it "Summer Shadows" because of the sultry dreamy feeling I got from the scene.  It is/was a really cool painting.  I sold it.  Actually I traded for contacts from an eye doctor.  I loved the subtle effect the pencils gave the curtains in the windows.  Of course I had to put a good finish on top so the pencils wouldn't wear off. 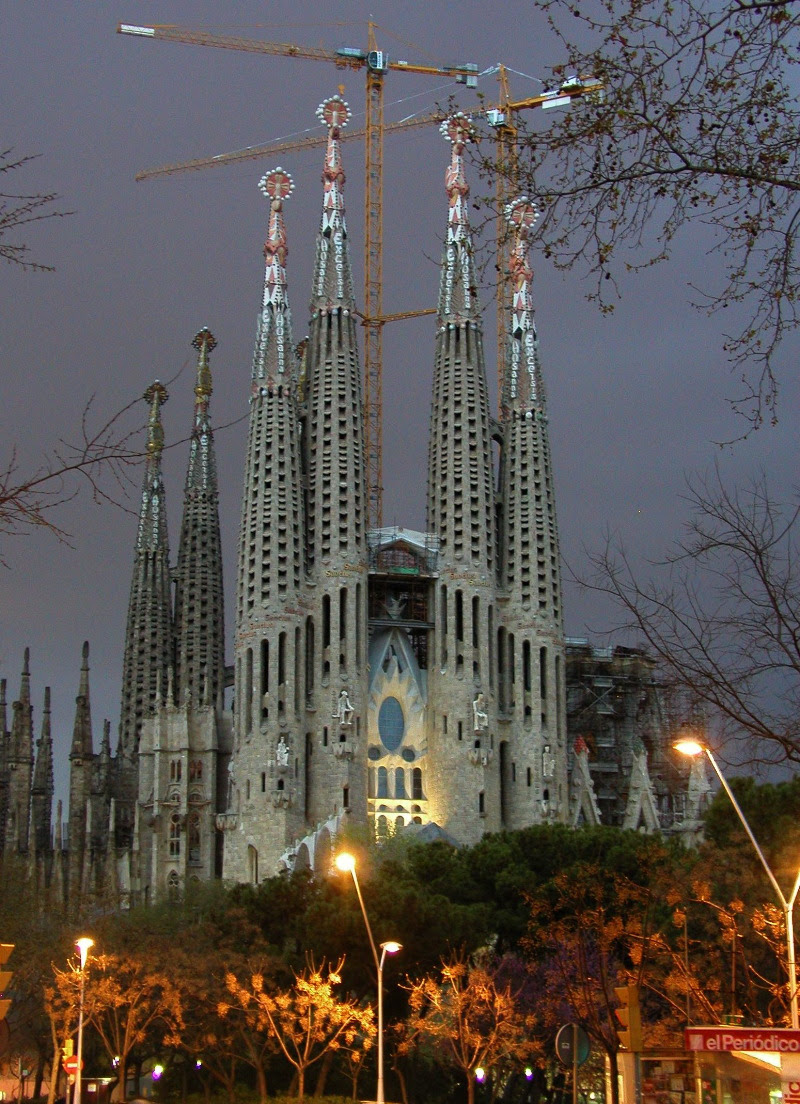 "La Sagrada Familia" - Antoni Gaudi i Cornet - Barcelona, Spain
Art History Moment:  Alrighty.  I thought it was time to talk about something besides just illustrators.  Have you all heard about Gaudi?  He was an Art Noveau stylist extraordinaire!  Actually he began in the Gothic tradition but soon switched to an organic style that is truly unique.  Someday I'm going to get to Spain and see it in person but it's still so fun to look at pictures of his work.  His most famous is "La Sagrada Familia", a Roman Catholic church that was begun in 1882 and STILL ISN'T FINISHED.  After he died the original blue prints were destroyed in the Spanish Civil War.  But the work continues.  The projected finishing date set yet again (and again and again and again) is 2026-although I've seen something about possibly 2012.  Everything he did has this other world organic quality.  I would almost say it like "Road Warrior Meets the Church".  He was obsessed with this project and it shows.  I was talking to someone that went to Spain and he said that Gaudi did the most interesting mosaics all over the city-in the parks, etc, also.  He is just too cool!
Posted by Julie at 9:49 PM